Get 20% off your first purchase - Shop Now

If you’ve felt like you've been perpetually exhausted and constantly running on fumes lately, you’re not alone. According to a recent survey of 2,000 Americans assessing the impacts of the COVID-19 pandemic on our energy levels, 65% of Americans rarely wake up feeling rested and energized. About 42% of respondents reported feeling fatigued as early as 12 p.m.

The use of cannabidiol (CBD), a popular cannabinoid found in hemp and cannabis plants, has continued to rise as research continues to unveil the wide range of potential benefits. People report using CBD for a variety of reasons, such as mild anxiety and everyday aches and pains—but can CBD help with tiredness and fatigue?

In this article, we provide insight on how CBD may help promote restful sleep and reduce tiredness as well as the stimulating effect of CBD when taken in small doses.

What Causes Tiredness and Fatigue?

There are many things that can cause us to feel tired—stress, anxiety, too little or too much exercise, alcohol use, and caffeine use to name a few. However, more often than not, tiredness and fatigue are the result of lack of sleep, poor sleep quality, or poor sleeping habits. Whether you were kept up all night with a crying baby, had too many late nights binge watching TV, or just can’t seem to stick to a consistent sleep schedule, tiredness can get the best of any of us.

Can CBD Help With Tiredness?

When consumed, cannabinoids like CBD interact with something called the endocannabinoid system (ECS), a cell-signaling system of receptors that plays an important role in the regulation of various processes and functions in the body, including sleep and circadian rhythm, inflammatory response and sensations of pain, mood, and memory. 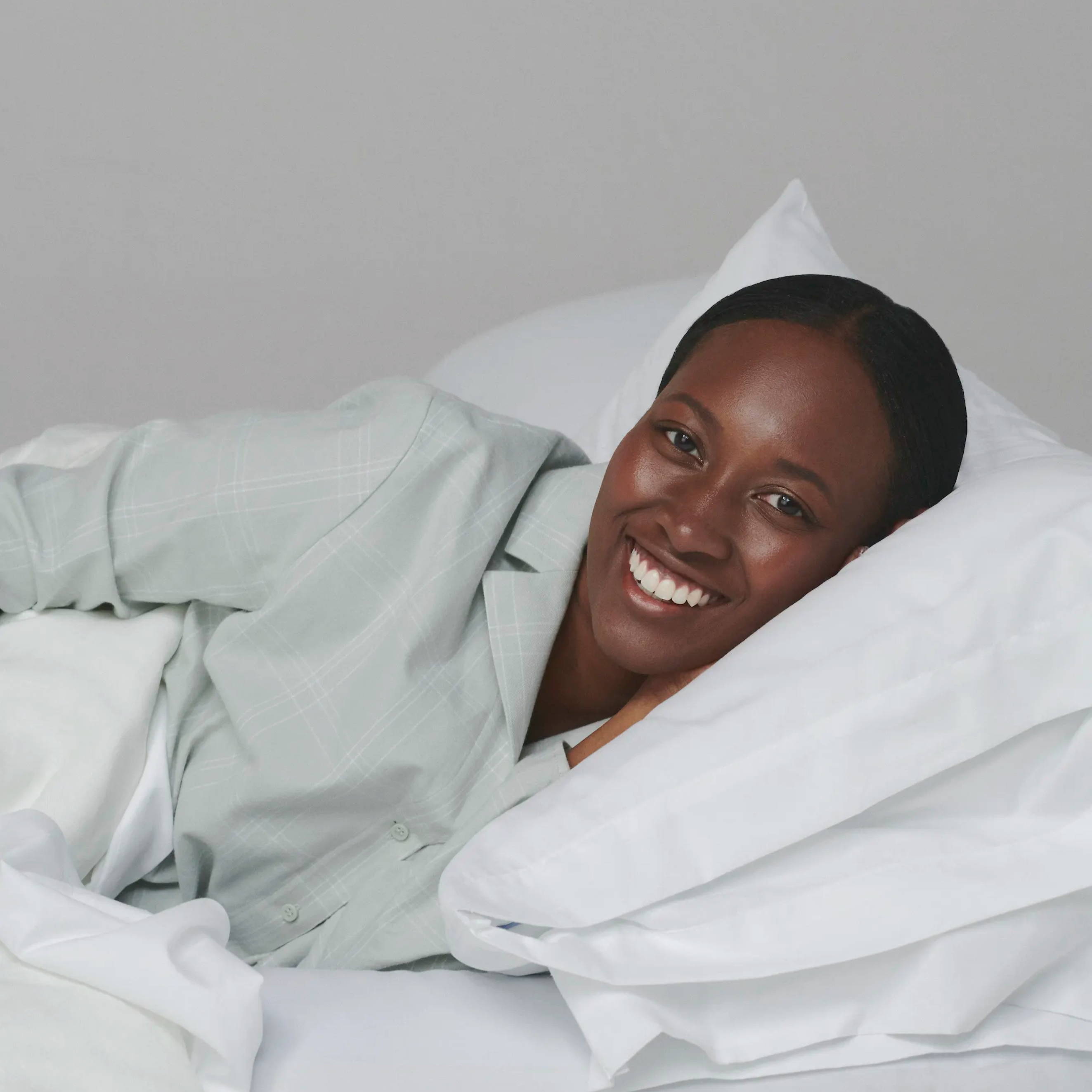 CBD is increasingly well-known for its sleep-promoting effects. In recent years, many people have ditched their melatonin and sleeping pills for CBD. It’s clear CBD has helped many with sleeping troubles, but the manner in which CBD does so is still unclear. Some believe it’s because CBD interacts with receptors in the ECS responsible for regulating sleep and circadian rhythm. Others believe it's due to CBD’s potential to regulate hormones. More specifically, some experts believe the effects are related to CBD’s potential to regulate the release of cortisol.

Cortisol is a steroid hormone responsible for regulating a wide range of important processes throughout the body, including sleep-wake cycles. In one study, researchers discovered that cortisol levels decreased significantly when subjects took large doses of CBD oil, suggesting that CBD may act as a sedative through its impact on the release of cortisol.

Regardless of the mechanism at play, it appears CBD may help with tiredness by promoting restful sleep.

How Much CBD Should I Take for Sleep?

Whether you’re new to CBD or are just looking to reevaluate your optimal CBD dose for sleep, it’s important to understand that your dose depends on what you’re seeking relief from as well as your body’s unique chemistry. Because we all respond differently to CBD, everyone’s perfect dose is different. 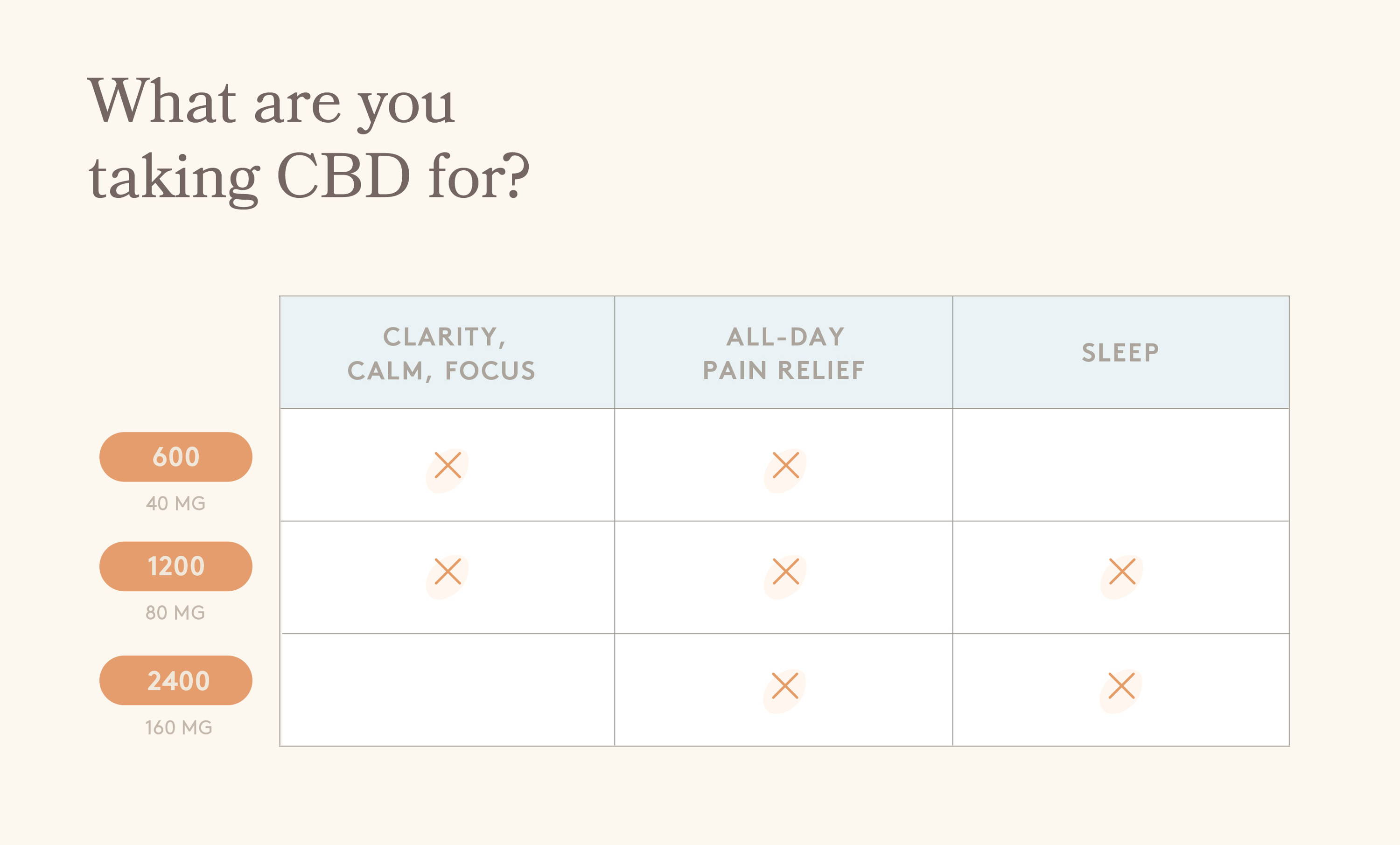 CBD doses for sleep can range anywhere from 40 mg to 160 mg, or more. You may start with a dose of 60 mg and gradually ramp up or decrease your dose to find your sweet spot.

For more detailed information on dosing, check out our guide to determining your perfect dose.

Can CBD Help With Tiredness During the Day?

It’s clear that CBD may help combat tiredness by helping you catch some Zs and promoting restful sleep, but what about when you’re tired during the day? We’ve all experienced the dreaded afternoon slump and sometimes coffee just doesn’t cut it or worse, it interferes with our sleeping patterns.

As we mentioned earlier, the effects of CBD vary depending on how much you take. Researchers believe that CBD has a biphasic effect, meaning low and high doses can produce opposite effects. This is why CBD in smaller doses is believed to produce a stimulating effect.

CBD in small doses may help with energy levels during the day; however, there are other cannabinoids out there that are much more well-known for their energizing, focus-enhancing effects, such as tetrahydrocannabivarin (THCV).

At Feals, we believe you deserve a better way to feel better. Our USDA Organic full-spectrum CBD oil, award-winning CBD mints, and CBD gummies are made with only the purest ingredients and are designed to help you find balance and feel your best.

If you still have questions about using CBD to help with tiredness—or just need a bit of guidance on your wellness journey—our customer service team would love to help. Just give them a ring.

To learn more about whether CBD can help with tiredness or about what Feals can do for you, call our CBD hotline at 844-311-9090 or check out our products today.

These statements have not been evaluated by the Food and Drug Administration. This product is not intended to diagnose, treat, cure, or prevent any disease. This article is for informational purposes only. It is not, nor is it intended to be, a substitute for professional medical advice, diagnosis, or treatment and should never be relied upon for specific medical advice.

Ella has worked as a Product Development Scientist in the wellness industry for over 10 years and is passionate about the long-term benefits of CBD.