A better way to feel better.

Our high-quality hemp-based CBD products are designed to help you live a balanced while feeling your best.
Shop Feals
By Nandita Khanna
May 22, 2021
What to Know When Taking CBD Oil

It’s widely understood that CBD’s effects are highly individualized. If there’s a specific reason you’re taking CBD, you know when it’s working; if not, it may be harder to tell. How it will make you feel depends on why you’re taking it (to ease aches and pains, nervousness, sleep) and your dosage. To understand why one must consider how CBD works, so let’s get right into it.

In general, CBD works by modulating brain chemical systems that are already present throughout your brain and body to affect the way brain cells communicate with one another. Imagine loading up a cart of luggage and trying to push it through the airport. Most people don’t need help pushing the cart to the baggage drop. But if you’re weak to begin with, an extra push would be helpful. That’s the role of CBD; it can serve as that extra push when needed. By acting on numerous targets in the brain, it can help overcome deficits caused by genetic factors, stressors, or age to name a few. So if everything is working just fine, and you don’t need help ‘pushing the cart’, you may not notice much of an effect. But if your cart is too heavy, you’ll know when CBD is working.*

*While many people use CBD to help alleviate symptoms, there’s increasing evidence from pre-clinical studies that CBD may have protective effects against the consequences of psychological or physical trauma. The mechanism here is not entirely clear, but CBD’s anti-inflammatory properties likely play a major role by dampening the inflammatory response.

How long will it take before you notice the effects?

When taken correctly (more on that here), a tincture is detectable in the blood in about 15 minutes and its effects can be felt soon after. But depending on your dosage and the intended effects, it may take longer before you feel the way you’d like. CBD levels peak anywhere between 1-3 hours after use.

How CBD’s effects are felt, how much CBD gets into the body, and the way it makes you feel depends on several factors including genetic makeup, biological sex, past CBD use, and even what you most recently ate, so it follows that it can be tricky for scientists to accurately predict CBD’s effects on humans.

What this means for new users is that it’s best to engage in a loosely guided trial-and-error method to figure out what dosage is best. We recommend starting with a low dose and slowly taking more. Space out doses by at least several hours to allow the CBD to reach its peak level and make its way through the body.

When taken correctly, a tincture is detectable in the blood in about 15 minutes and its effects can be felt soon after.
How long will CBD stay in my system?

The short answer is: it varies. There’s a direct correlation between how much CBD is consumed and how long it can be detected in the body. So the more CBD someone consumes, the longer it can be detected in their body. It’s worth noting, too, that some people are able to get rid of CBD faster than others. This rate of elimination is, in part, determined by genetic factors coding for liver enzymes described below.

When you put a drop of CBD oil under your tongue, the CBD levels are going to build up in your body over time, peaking between 1 and 3 hours. Once peak CBD levels are reached, they begin to fall as the body works to break it down and remove it. Enzymes produced by the liver are the primary means by which the body rids itself of CBD. These liver enzymes are part of the same metabolic pathway that break down over 90% of prescription medications.

CBD levels can build up in the body over time to the point where its therapeutic benefits can be felt, which is why some people report that they begin to experience CBD’s effects with repeated use.

The amount of time CBD stays in the body is referred to as its “half-life.” That is, how long half of the amount of drug consumed can still be detected in the body. There’s no consistent agreement over CBD’s half-life, with reports ranging from several hours to nearly a day. However, there’s strong agreement that frequent use extends CBD’s half-life because CBD can block the liver enzymes responsible for its own metabolism (and that of many other medications for that matter). As a result, CBD levels can build up in the body over time to the point where its therapeutic benefits can be felt, which is why some people report that they begin to experience CBD’s effects with repeated use.

Further reading:  Lynch, T. & Price, A. (2007). The effect of cytochrome P450 metabolism on drug response, interactions, and adverse effects. American Family Physician, 76, 391-396. Millar, S. A., et al. (2018). A systematic review on the pharmacokinetics of cannabidiol in humans. Frontiers in Pharmacology, 9. 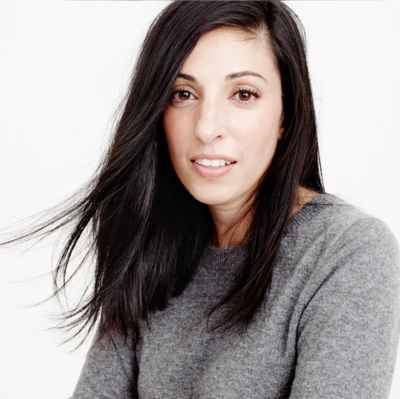 Share
Related Articles
How do I know if my CBD is working?
5 Misconceptions About CBD Oil
Next Story

3 Things to Look for Before Buying CBD

CBD has become buzzier than ever. But real talk, what should you look for in a CBD tincture before buying it?