A better way to feel better.

Our high-quality hemp-based CBD products are designed to help you live a balanced while feeling your best.
Shop Feals
By Meredith Diers
December 8, 2021
Create Your Ideal Healthy Lifestyle with These Habit-Forming Tips

Whether you are someone who flies by the seat of your pants or more type-a, it’s likely 40 percent of your daily activities are performed without much thought and usually in the same places, situations, order, or times. These automatic behaviors are habits – processes we’ve formed over our lifetimes.

Habits emerge through associative learning, meaning we, as humans, find patterns of behavior that allow us to reach our goals. We continue to repeat what works, forming associations between cues and response. This includes actions as minute as brushing your teeth when you get out of bed or putting your seatbelt on when getting into a car. Within the human brain there are neural circuits that exist and take over once we repeat a behavior enough times. The circuits then move the behavior from an intentional to a habitual action. According to the researcher and psychologist Wendy Wood, “Habits allow us to focus on other things…Willpower is a limited resource, and when it runs out you fall back on habits."

We all know that making healthy choices can help us feel better and live longer. Maybe you’ve already tried to eat better, get more exercise or sleep, quit smoking, or reduce stress. It’s not easy. Standard intervention methods, like public service announcements, weight-loss programs, and education programs are all very successful in boosting motivation and desire. However, this information only engages the intentional mind, not habitual behavior.

Good news! There is research that shows anyone can boost their ability to create and sustain a healthy lifestyle.

Habits emerge through associative learning. So, researcher Wendy Wood recommends to keep these three steps in mind when changing or creating a new habit: Disrupt your existing habit, continuously repeat the new behavior, and create new prompts or cues for the action.

A shift from conscious goal-directed actions to context cue response explains why our habits are rigid behaviors.

Keep these three steps in mind when changing or creating a new habit: Disrupt your existing habit, continuously repeat the new behavior, and create new prompts or cues for the action.
Disrupting a Habit

The psychologist Wendy Wood suggests the first step to changing or creating a new habit is to disrupt the existing habit and create the opportunity to act on a new one. The best way to alter your actions or disturb a current habit is to remove the habit’s existing cues.

For example, if healthy eating is your goal, moving the unhealthy foods out of reach can help interrupt and eventually stop the habitual pattern of picking a candy bar over a piece of fruit when looking for a snack. When cues are removed, it’s easier to form a new behavior.

The second step in forming a new habit is repetition. Repeating the same behavior in the same context over and over allows the brain to reorganize the information to the sensory motor loop, which supports cue response associations.

Changing the brain from intentional behavior to habitual behavior is not easy and it takes time. So, continue to repeat the action. Studies have shown it can take between 15 to 254 days to truly form a new habit. Don’t give up too quickly!

Repeating the same behavior in the same context over and over allows the brain to reorganize the information to the sensory motor loop, which supports cue response associations.
Context Cues

Lastly, having an initial cue is a crucial component to forming a new behavior. Obvious context cues help trigger new patterns and habits.

“It’s easier to maintain the [new] behavior if it’s repeated in a specific context,” Wood says.

If your goal is to work out more during the work week, packing your gym bag each night and setting it by the front door can signal you to head to the gym the following morning. Make sure to perform these cues the same way each time, allowing for them to signal the habit you want to form.

The sensory motor loop in the brain supports cue response associations. So including these cues in your intentional habit forming action is critical for the behavior to shift from goal directed to context cue response (a habit).

After following these three vital steps to forming new habits, you are rewarded with the goal you set out to achieve. Once you’ve formed a new habit, it will become an automatic behavior – one you don’t think about. 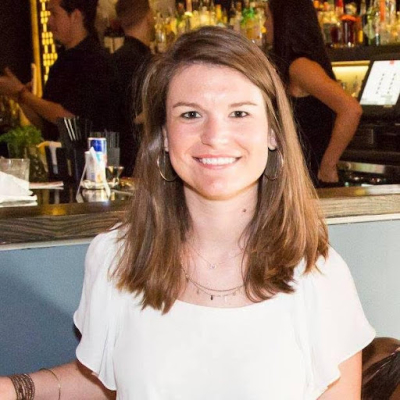 If you’re new to CBD and wondering what to look for, our guide on how to choose CBD products provides a complete overview of the most important considerations.