By just about every metric, the U.S. is in the thick of a cannabis boom. Over the last decade, cannabis has been legalized in 33 states and Washington D.C. And due in no small part to a global pandemic that has kept people at home, and, by extension, very focused on snacks and Netflix for the last year, cannabis had a very good 2020. The future looks even brighter: In recent months, cannabis stocks have skyrocketed, riding on high hopes that the new Biden administration will usher in federal legalization.

But the reality is that this booming industry is anything but an equal-opportunity playing field. The story of cannabis in America is one of deeply embedded racism, the effects of which have manifested in countless, devastating ways. Black Americans are nearly four times as likely to be arrested for possession despite equal rates of usage with white Americans, with that disparity going as high as 7.5 to 8.5 times in Iowa, Washington D.C., Minnesota, and Illinois. And it’s estimated that 40,000 Americans are currently incarcerated for cannabis-related incidents—incidents that are no longer considered illegal in most states.

Enter The Last Prisoner Project, a non-profit founded in 2019 by cannabis entrepreneur Steve DeAngelo. Over the course of the last year and a half, LPP has emerged in an effort not only to help reform unjust cannabis laws but to aid in the decarceration and rebuilding of the lives of individuals who have been affected by them.

There are few people who understand and embody this mission more than Evelyn LaChapelle. In 2013, Evelyn was sentenced to 87 months in prison for non-violent cannabis-related charges, and after her release, she experienced firsthand the difficulties of gaining employment and reentering society.

As a constituent, The Last Prisoner Project provided Evelyn with support and resources that empowered her to rebuild her life. Now, as the partnership and re-entry coordinator for LPP, she is working to provide those same resources and reforms that will strive to correct past injustices and provide more equitable opportunity within the booming cannabis industry.

We spoke with Evelyn about how the organization has honed its focus on reentry and the responsibilities all cannabis companies and consumers must take in building a more equitable cannabis industry.

As someone who has been a direct beneficiary of LPP’s efforts, what do you think the organization has done particularly well?

Number one: It's an organization that really approached fundraising and recognition through the channels of social media and celebrity ambassadorship [Stephen Marley and Melissa Etheridge are on their board]. It’s a new-era non-profit; they came out the door prepared to engage the entire cannabis industry and millennials. The approach has been very grassroots—a lot of knocking on doors. And it’s been very visually forward.

Next: You have a very strong team. I came to the Last Prisoner Project as a constituent and had direct access to [the leadership team]. We're building on that foundation by making ourselves available to the folks who need the support. Mary [Bailey, Managing Director of LPP], takes calls all the time from people in prison; the entire team will fly out to meet folks once they're released. It’s a very hands-on approach.

The third thing is our efforts to really rebuild constituents who have been released. In 2020 we disbursed over $180,000 in reentry funding directly to our constituents.

Partnerships have not slowed down. And I think that’s because it encompasses more than just Black Lives Matter, it encompasses incarcerated lives matter, right? And when we talk about social justice and inequity, the incarcerated are still, for the most part, left out of that conversation. Even though half the country has legalized [cannabis use] to some extent, only some of that legalization addressed incarceration and expungement on a state-by-state level. And so I think we are continuing to grow because we are really serving a population that is still not thought about on a broad scale.

When we talk about social justice and inequity, the incarcerated are still, for the most part, left out of that conversation.
We’re at the beginning of a new administration. LPP is working on forging relationships with the new Department of Justice and Office of National Drug Control Policy leadership. What are some of your expectations and hopes for reform under the Biden administration?

I think we're all hoping for decriminalization. I know the entire industry is pushing for legalization, and hopefully, that comes out of the MORE Act. But from our standpoint, our reason for forging these relationships is for decriminalization and retroactively releasing the 40,000 folks who are currently incarcerated. This administration has an obligation to do such, and I have high hopes for them.

The racial injustices deeply embedded within the cannabis industry are far-reaching and touch so many different areas of policy. LPP strives to address a lot of those issues, but some of the criticism LPP has faced has been that you guys’ efforts are across too many of these issues to be effective. As someone who has participated and thrived as a result of LPP’s reentry program, I’m curious as to what your response to that notion is.

The Last Prisoner Project is divided into two parts. The organization was originally founded on clemency efforts and the release of inmates. The second part is the reentry side. When I began to work for LPP in November, [after coming through their program as a constituent], it was clear that we needed to set this up. I think that initially, efforts were too broad, and we had to come to terms with the fact that we couldn’t manage job placement for 50 constituents, we couldn’t manage housing for 50 constituents—not just 50 people in California, but people across the country who were looking for resources. We realized we needed to streamline how we approach re-entry.

And so this year, we’re launching a new program intended to help those who have been negatively impacted by [unjust cannabis laws]. People can apply for a micro-grant, which is typically $5,000 and can be used for housing, education, transportation, dental work—all of the things that are at the top of your list when you come home from prison.

Instead of us being the organization that puts on the big virtual conference for folks, we need to directly connect our constituents to aid... We’re focusing on the resources we have and getting them into our constituents’ hands.

Really, it’s come down to the realization that instead of us being the organization that puts on the big virtual conference for folks, we need to directly connect our constituents to aid. We created a newsletter where, after we've identified that you've been negatively impacted by the war on cannabis, you receive a newsletter that has job listings and gives you access to a webinar every month that will speak to your needs, whether that's financial literacy or a cannabis education or credit rebuilding or how to fill out a resume. We’re focusing on the resources we have and getting them into our constituents’ hands.

How are potential constituents identified and selected for LPP reentry funding?

In the past, there was no formal process. We met the needs of constituents and their dependents as they arose, and we had a reentry intake form that was used to qualify someone as being negatively impacted by the war on cannabis.

Currently, we still use an intake form, but the constituents are then added to our newsletter list, [which provides them with access to rebuilding and reentry resources] and micro-grant applications. Up until this point, we've not had to do any outreach, as constituents have found us. Going forward, we hope to begin our outreach in the halfway houses that inmates are released to once they've left prison.

What are some of the most important steps cannabis and cannabis adjacent companies can take to ensure their business is supporting meaningful reform?

Step one: educate yourself. The industry as a whole has an obligation to be interested and become educated on those who are still incarcerated for this plant. You can't ignore it.

Step two: The industry has an obligation to restore those who are returning home—to make a place for them and open the doors. Because we're talking a billion-dollar industry, an industry that was deemed essential in a pandemic, and it's showing no signs of slowing down. The industry has a dollar amount that they should be contributing to restoring the lives of those who are serving time for this.

If you know of a local cannabis reform or reentry organization in your city that the Feals team should take a look at please email our DEI task force at opendoor@feals.com. To learn more about the work of Last Prisoner Project, click here. 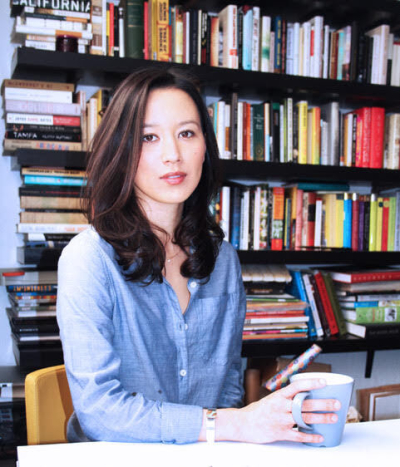 Deena Drewis Deena is a writer and editor based in Los Angeles.

Elaine Welteroth Wants You to Chase Your Dreams

We dropped in on the author, tv host, former EIC, and all-around trailblazer to glean some knowledge about chasing your dreams, the surprising thing she learned during quarantine, and her best cure for getting out of your head and into your body.